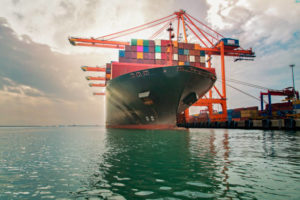 Fire safety remains a critical aspect of the maritime industry and marine business activities. Fire safety is equally, if not more critical, on the water than it is on land. And the consequences are just as significant. During the last few years, safety onboard ships have become a major focus area for shipyards, ship owners, and operators. Imagine a fire breaking out on a ship in the middle of the ocean – the potential outcome can be disastrous. There is no fire brigade to call or escape routes except for jumping into the sea. The marine sector demands reliable fire extinguishing equipment as well as a well-trained crew. It is essential for the safety authorities of marine and offshore entities to provide optimum fire safety onboard ships for passengers and crew while protecting assets and keeping downtime to a minimum. The safety team must ensure that the fire and life safety equipment is up to date, working correctly, and complying with federal and local fire codes.

However, it can be extremely challenging to know precisely what the requirements are for each type of vessel and what each vessel’s compliance prerequisites are. Let’s take a look at the most common causes of fires onboard ships, the precautions that need to be taken to prevent them from occurring, and the equipment that ought to be used before, during, and after fire hazards.

Fires on ships generally start in either the accommodation area or the engine room. Some of the most common reasons why accidental fires can start onboard ships include:

In older ships, the possibility of oil leakage from a high-pressure pipe due to improper fitting can be a source of fire.

Maintenance operations of the ship often include a spot of welding or gas cutting, which has a high-risk potential of starting a fire.

The human fault is one of the most common reasons for fires aboard ships, despite the fact that all marine personnel is trained extensively. Throwing live cigarette ends into dust bins, unattended appliances, overloaded sockets, etc., are some of the careless behaviors that result in fires.

Apart from these, some of the basic rules which can be followed to prevent accidental fires on ships
include:

To have safe sailings and tackle a fire emergency onboard, ships and other marine applications must have adequate fire detection and prevention measures in place.

Although prevention is better than cure, fires are an occupational hazard that cannot be foreseen. The only option in such an unfortunate circumstance is to mitigate the situation as much as possible. Fire-fighting appliances and personal safety equipment can be used to save the assets and lives of crew members in the event of a fire. Some of the most frequently-used devices in case of a fire-related emergency aboard the ship are mentioned below:

Fire Retardants
These are used to prevent the fire from spreading to sensitive areas.

Fire Hoses and Nozzles
Fire hoses and nozzles are used to actually spray water over the part that has caught on fire.

Lifeboats and Life Rafts
Basic requirements for the safe evacuation of personnel.

Marine safety is a crucial concern in today’s world, especially as shipping accidents are on the rise despite advanced technological resources. Preventing fire hazards on ships for safe travel and transport of goods can be easily achieved by using fire safety equipment from a reliable source, periodic maintenance of safety equipment, and training of the personnel

HOW TO KEEP YOUR INDUSTRIAL PREMISES SAFE